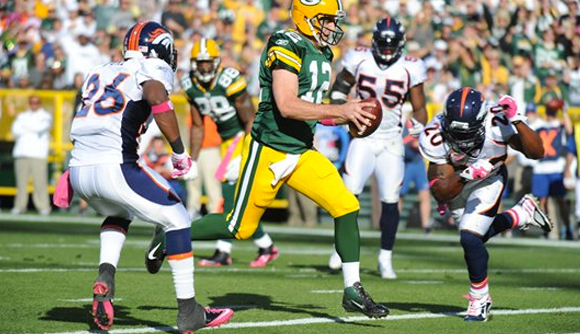 For the second time in his career, Aaron Rodgers and Peyton Manning will meet in a regular-season game. The first time was in 2008, and the victory was for the Packers by 34-14 at Lambeau Field. Both quarterbacks combined in 2014 for 77 touchdown passes. The series between these two teams are tied with six wins apiece and one draw, but Green Bay has won the last three. The Broncos will host the Cheeseheads for the first time since 2007 and are favorites -1.5 in the NFL Odds for the win. The Packers are 3-2 SU and 3-2 ATS in the last five against Denver.

Player to watch: The last time quarterback Aaron Rodgers played versus Denver threw 408 yards and four touchdowns. Last season, he was the player with fewer interceptions (5), so it could be a tough afternoon for the local defense.